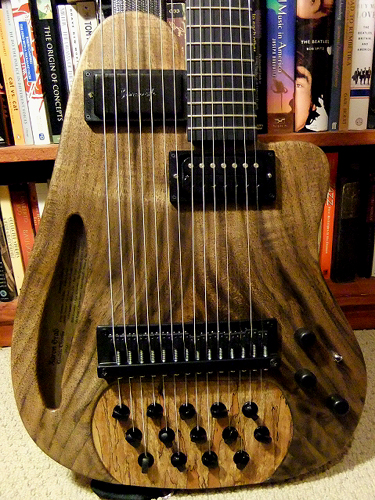 Constructed in 2012, this 14 string is an electrified version of a late 16th century Italian instrument. It has 2 necks with seven strings each. One is fretted like a regular guitar and the other frettless and played like a harp. This design also incorporates tuning levers, as found on a harp, allowing each string to be quickly raised or lowered a half note. Visit Aaron at www.aarongrad.com

Click on the video below to hear this instrument, as played by Aaron in his own arrangement of Pachelbel's Cannon...